URGENT APPEAL FROM UKRAINIAN CIVIL SOCIETY REPRESENTATIVES TO THE PRESIDENT OF THE UNITED STATES, JOE BIDEN, ON THE EVE OF HIS MEETING WITH THE RUSSIAN PRESIDENT

On December 7, 2021, a video conference will be held between the Presidents of the United States and Russia. The “question of Ukraine” was announced as one of the cornerstone issues for discussion. Over the past few weeks, US officials have spoken out on ways to resolve the threat of armed confrontation between Russia and Ukraine. Because of the seriousness of recent developments, Ukrainians are paying special attention to this meeting.

Over the past eight years, the Kremlin leadership has taken considerable visible and covert measures to convince the world of Putin’s real intentions to revive the Soviet Evil Empire. This policy is being implemented on the territory of Russia itself, against the civil and human rights of indigenous peoples, as well as against other sovereign states and international organizations. It would be superfluous to list all the aggressive criminal actions perpetrated by Putin and his entourage, be it poisonings, targeted assassinations, artificial migrant crises, or war, all of which threaten the stability and lives of millions in Europe and around the world. The Kremlin is cynically seizing foreign territories, interfering in the internal affairs of sovereign states, exporting terrorism, engaging in cyberterrorism, destroying the environment, and using illicit weapons against civilians.

Ukrainians feel the consequences of this criminal activity in their daily lives. Russia’s ongoing armed aggression against Ukraine has forced millions of people to flee their homes. Every day, fighting inflicts injuries and deaths, the regime of occupation systematically violates the rights of the local population, and more and more hostages are taken prisoners.

We hope that the representatives of your Administration are aware of all these facts, because recently, in a letter from Ukrainian journalist Oleksii Bessarabov, who has been languishing in a Russian prison for six years, US Secretary of State Anthony Blinken assured him and other Ukrainian hostages that “the United States of America has not forgotten about you and dozens of your unjustly convicted fellow citizens.”

Eight years of Russia’s active confrontation with Ukraine and the West have been enough to prove that each attempt “to listen to the Kremlin” has led to another escalation, not a reduction in tensions. Evidence of this is Washington’s review of the Nord Stream 2 sanctions regime. In response, Moscow did not hesitate to “thank you”. Europe’s gas market immediately suffered an artificial crisis, due to deliberate manipulation by the Russians. Russia has continued to actively take over Belarus, and with Lukashenko’s hands, it is terrorizing the countries of the Free World, either by organized delivery of “migrants” to the border or by systematic threats. In fact, it was in response to the easing of sanctions against Nord Stream 2 that Russia began to draw a huge number of weapons and military into Ukraine’s borders.

Moscow has always regarded any concessions as a sign of weakness. We, Ukrainians, can confirm this long-proven axiom. Therefore, we assure you that #UkrainiansWillResist to successfully win the war for the sake of their freedom and sovereignty. Regular opinion polls in Ukraine and Europe show that Ukrainians have one of the highest rates of readiness on the continent to fight for their country with weapons in hand. The Summits for Democracy initiated by you are a good idea for the solidarity and consolidation of the world’s democracies in the face of rising autocracies. However, now democracy not only needs a summit, but, above all, protection.

We believe that during your talks with Putin, you will adhere to a guiding principle: no decisions about Ukraine without Ukraine. Mutual trust and partnership relations between our countries are based on this position. At this juncture in time, we express our deep gratitude to all the American people for their continued and consistent support for our state. We believe that by working together we are nearing the moment of Ukraine’s accession to full membership in NATO.

We also want to emphasize that the implementation of the Minsk agreements under Russia’s dictatorship cannot be a way to a peaceful settlement. Since 2015, public opinion polls have consistently shown that most Ukrainians do not support the provisions of these agreements. Attempts to limit Ukraine’s sovereignty through the implementation of the Minsk agreements will have catastrophic consequences for the security of the whole Europe. The solution to the current crisis should be sought through coercive and severe punitive measures, not aimed at the victim of aggression, but through a coalition of international pressure on Russia as a systematic violator of international law and order and through immediate, enhanced military support for Ukraine.

Yesterday, marked the anniversary of the signing of the Budapest Memorandum on Security Assurances, which sadly failed to protect a nuclear-free Ukraine from an attack on its sovereignty. Today, countries like Iran, are carefully watching developments in Ukraine. They will view the failure to stand up for Ukraine as green light for bad behavior by other rogue nations. If the US and its European partners fail to protect Ukraine’s independence and territorial integrity, if Russia is not stopped, the West will have shown the world that international agreements are pointless and peace-loving nations, like Ukraine, cannot count on their Western partners.

We are convinced that the struggle of the Ukrainian people against Eastern despotism at the vanguard of Western civilization deserves deep respect and comprehensive support. The United States and Ukraine must act in the spirit of the renewed Strategic Partnership Charter. We assure you that the Ukrainian people, along with our free Eastern European neighbors, are, and will remain, a reliable ally of the United States in the struggle for freedom, democracy, international stability, and prosperity. 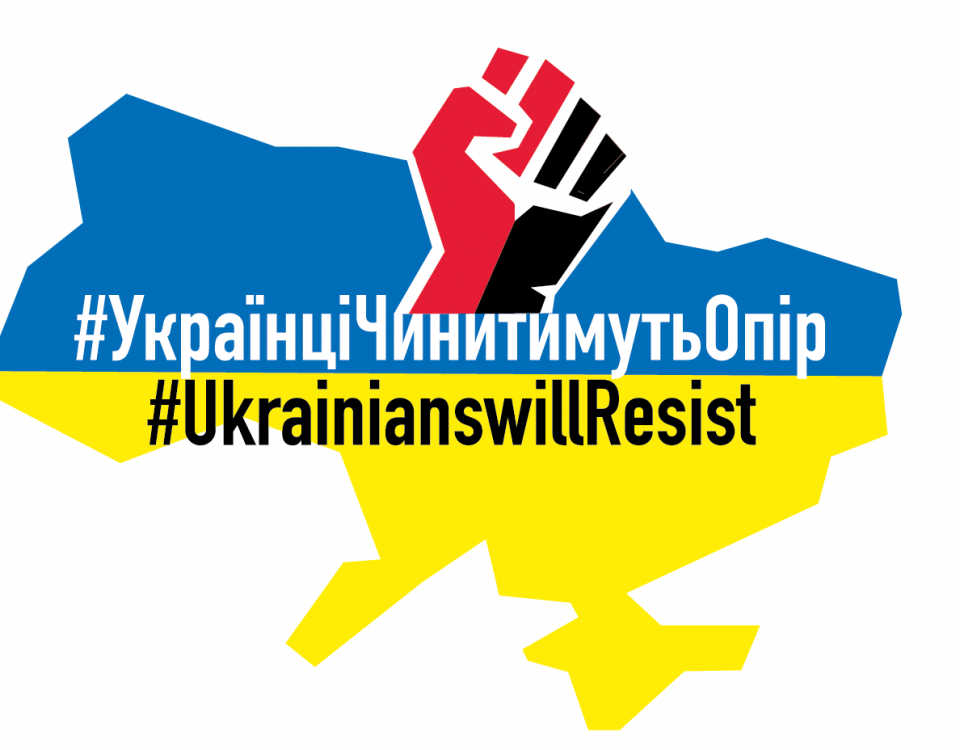